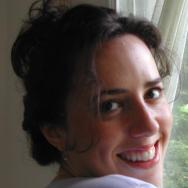 (for extended bio, scroll down)

Eve Grubin is the author of Morning Prayer (Sheep Meadow Press) and The House of Our First Loving (Rack Press).

She is a lecturer at NYU in London and a tutor at the Poetry School.

Eve is the recipient of the AHRC / TECHNE  scholarship to write her PhD thesis (Kingston University): “Boat of Letters: Emily Dickinson and the Poetics of Reticence” (Spring 2018).

Eve’s poems have appeared or are forthcoming in many literary journals and magazines, including The American Poetry Review, PN Review, The New Republic, Poetry Review, and Conjunctions, where her chapbook-size group of poems was featured and introduced by Fanny Howe. Her poems have also appeared in anthologies such as The Poets Quest for God: 21st Century Poems of Faith, Doubt, and Wonder (Eyewear Press 2016), The World is Charged: Poetic Engagements with Gerard Manley Hopkins (Clemson / Liverpool University Press, 2016), and The Bloomsbury Anthology of Contemporary Jewish American Poetry (2014).

Her essays have appeared in anthologies including This-World Company: Collected Essays on the Work of Jean Valentine (U of Mich Press, 2012) and The Veil: Women Writers on Its History Lore and Politics (U of CA Press 2009).

Recent teaching experience includes Eve’s day-long seminar Poems on the Hebrew Bible at the Poetry School. She has also taught courses at the London School of Jewish Studies where she has been poet in residence.

MOONLESS NIGHT
Eve Grubin was born in New York City on a moonless winter night. She attended Manhattan Country School, an independent elementary school founded upon the principles of Martin Luther King Jr. Chris Iijima was her teacher in the 6th and 8th grades.

She grew up on 92nd and Broadway with her sister (now an environmentalist) and brother (now a musician and life coach) and parents, (documentary film-maker and visual artist). Her mother, who passed away in 2014, was an artist and teacher.

THE QUAD
Eve went to The Fieldston School for high school. Autumn leaves on the Quad, the tennis team, friends (Arielle, Jess, Jess, Laura, and Lizzy), and English classes with Mr. Aune made high school not the painful experience it can be for most teenagers. She was drawn to the idea of a women’s college (feminist inclinations? 19th century mentality? Female bonding?) and decided to attend Smith College where she received her BA in English and spent a lot of time dancing at Smith parties and discussing Jane Eyre, medieval art, and therapy with Tara and Anne. At Smith, Eve studied with her favorite American literature professor Richard Millington. With Rick’s guidance and support, she went on to Middlebury College’s Bread Loaf School of English where she received her MA. Her own heart guided her to Sarah Lawrence College where she received her MFA in Creative Writing (poetry) where she studied with Marie Howe and Jean Valentine.

HER MISTAKE
Eve worked at the bookstore Shakespeare & Co. on the upper west side before it closed down shortly after Barnes & Noble opened nearby. She then began working at Norton (for Jill Bialosky) while moonlighting as a “poet’s assistant” for Sharon Olds, Galway Kinnell and Stanley Kunitz. As a poet’s assistant she worked on such tasks as buying Bic pens for Sharon Olds, helping Galway Kinnell organize his desk, and taking dictation from Stanley Kunitz for his letters responding to fans. She also typed poems on a computer for Sharon Olds and Galway Kinnell from the drafts with edits they gave her of handwritten poems or poems they typed on typewriters. Once she missed a word in a poem by Galway and he fumbled in the middle of a poetry reading because of her mistake.

POETRY ON A SUMMER SKI SLOPE
In addition to Sarah Lawrence (MFA) Eve studied poetry at various places such as Vermont College, the 92nd St. Y, and the Squaw Valley Writers Workshop (summer, Nevada: poetry on a ski slope) where she studied with Lucille Clifton and Robert Hass and met Mira Rosenthal, founder and editor at Lyric Poetry Review; Mira asked Eve to serve as the poetry editor, a role she played there for five years.

THE BALL
Eve worked for two years as an English teacher at the Saint Ann’s School in Brooklyn while living with educator, violinist, and therapist-to-be, Susie. Tara lived just a few blocks away from them. The three belonged to NY Sports Club but rarely made it there; however, they did help host a ball (complete with ball gowns and instructor-led swing dancing) at Arielle’s mother’s apartment in TriBeCa.

JEWISH LEARNING
She studied Hebrew and traditional Jewish texts at Hebrew University and Midreshet Rachel V’Chaya College of Jewish Studies, both in Jerusalem, Israel. She deepened her studies of Judaism at the Jewish Renaissance Centre and the Drisha Institute for Jewish Education, both in New York City. She was a fellow at Drisha and founded and directed the Arts Fellowship Program there. She also founded and directed the Poetry and Mentorship Poetry Reading Series at Makor (1998-2002). She is a graduate of the Susi Bradfield Women’s Educational Leadership Programme (London School of Jewish Studies). Although she studied with wonderful teachers at the above institutions, it was the informal education she received from spending time with families in Jerusalem, Monsey, Passaic, and the upper west side that contributed most deeply to her Jewish learning.

RESIDENCIES
When she was a fellow at Yaddo (2007) she completed her first book of poems (Sheep Meadow Press), and at the Millay Colony (2008), she finished her essay for The Veil: Women Writers on Its History, Lore, and Politics (U of CA Press).

MORE TEACHING
She has spoken at Limmud, AWP, Columbia University Chabad House, Brandeis, and elsewhere. She was a judge for the Kathryn Morton Prize in Poetry (Sarabande Books), the London School of Jewish Studies Poetry Contest, and the annual Jewish Book Week poetry contest for children.  She presented a session at the National Association for Writers in Education in 2010 on Teaching Negative Capability to Poetry Students and in 2011 she presented a session there on the Poetry of Reticence. She has also taught at Middlesex University, Florida State Univeristy in London and Syracuse University in London.

ANGLOPHILE
Eve moved to London (for love) in 2009. Although the move was for love, she was always an Anglophile (she imbibed the Brontës and Jane Austen during her formative years the way some girls took to Disney or the Cabbage Patch Kids).

She lives with her husband and their two children in London. They live in a red brick house on the corner of two roads named after Queens Victoria and Alexandra.